Menu
Log in
Register
Install the app
You are using an out of date browser. It may not display this or other websites correctly.
You should upgrade or use an alternative browser.

Chalk up another national award for Gustafson

"On Friday at the Women's Final Four, she was named the winner of the Ann Meyers Drysdale Award — the national player of the year, as chosen by the U.S. Basketball Writers Association.

Gustafson is the first Big Ten Conference player to win the USBWA award, which first started in 1988. The 6-foot-3 center led the country in scoring (27.8 points) and field-goal percentage (.697) and was third in rebounds (13.4)." 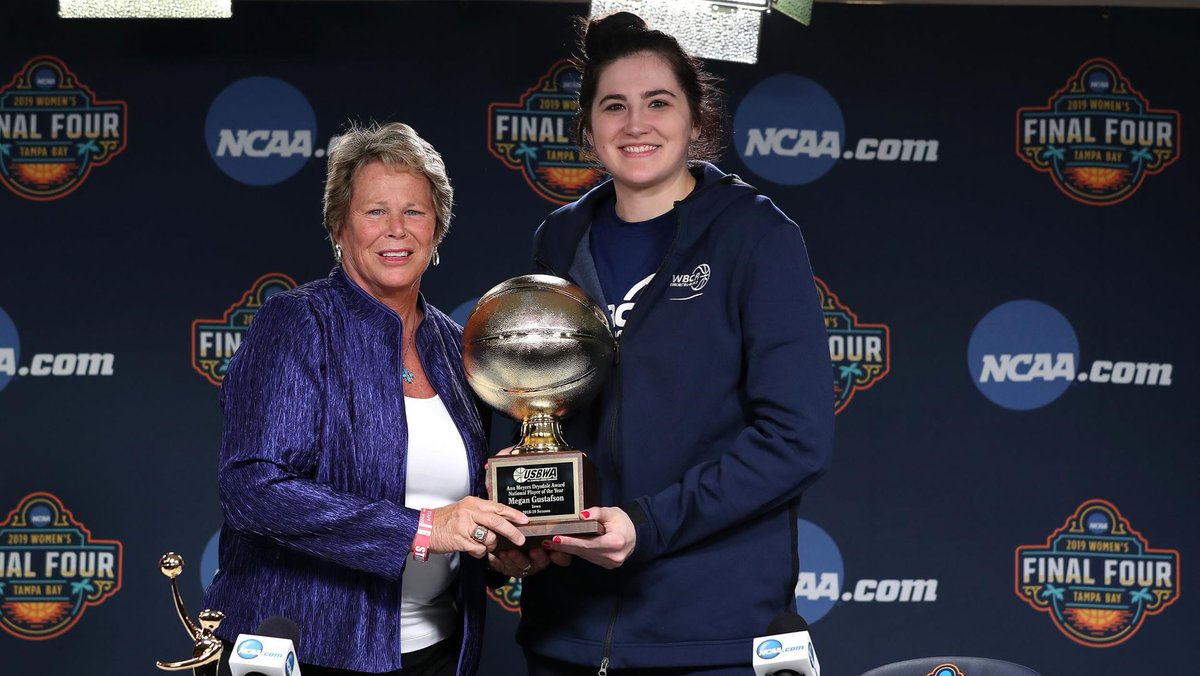