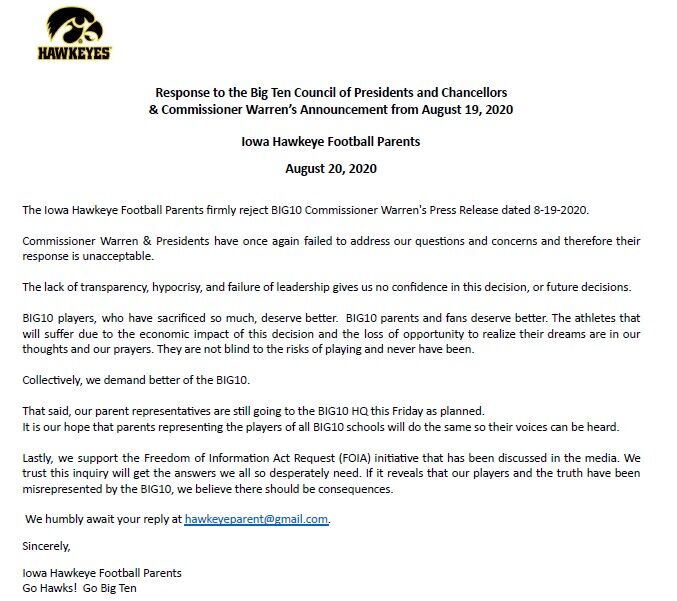 “Commissioner Warren & Presidents have once again failed to address our questions and concerns and therefore their response is unacceptable.”

The group demanded transparency from the conference last week when the move was announced. It planned to be a part of a collection of league parents showing up Friday at Big Ten headquarters in Rosemont, Ill. asking for more answers.

"Come on out wearing the jersey of your favorite team. Mask up and be respectful," said Randy Wade, whose son Shaun plays for Ohio State.https://t.co/2QrIW640l7